This term saw the launch at HudCRES of a two-tier funded research project. Tier one focuses on Primary Religious Education, and tier two focuses on Primary school teachers as practitioner-researchers. The project is funded by the Culham St Gabriel Trust and is led by myself and by Professor Lyn Tett.

Primary RE, in particular, has been under the spotlight with Ofsted (2013) reporting that RE is weak in over 60% of primary schools.

In 2016, the Religious Education Council for England and Wales (REC), a non-governmental body whose remit is to support excellence in RE in formal educational contexts, funded a two year Commission on Religious Education to review RE in England and Wales.  In 2018, the Commission published its final report: Religion and Worldviews: The Way Forward. A national plan for RE.  The report positions RE as an academic subject that has practical application for young people growing up in contemporary society, that is dynamic and responsive to social changes, but which has hit a critical moment for which it needs to be redesigned and future-proofed.  Included in the report’s recommendations is call for a statutory National Entitlement to RE, with nine key curriculum areas, for pupils in all schools.

Tier One of our Primary RE research project picks up on this recommendation for a National Entitlement to RE.

We have recruited 10 Primary RE teachers from across Bradford, Calderdale, Kirklees and Oldham to conduct practitioner-research projects to test out the proposed National Entitlement to RE in their own school settings.

The underpinning philosophy of our research project is respect for teachers’ professional expertise.

Tier Two focuses on the participating Primary teachers’ experiences of doing practitioner research in their own school settings.  Published research shows that the toughest barriers to teachers undertaking research-projects in their workplaces are structural: typically time, funds and support (St Clair et al, 2009:187).  Our research investigates practitioner-research from the first-hand perspectives of the participating Primary RE teachers to understand the most effective strategies to mitigate against structural and other barriers to practitioner-research.

A communities of practice approach is central to the design of our project.

We kicked-started with a ‘deep immersion’ approach.  Participating teachers spent two full days with us at HudCRES in September, followed by three half days in October.

We were delighted to welcome Professor Denise Cush (formerly of Bath Spa University) to our opening meeting.  As a member of the Commission appointed by the REC, Prof Cush gave a detailed account of the thinking behind the recommendation for a National Entitlement for RE, which provided participating teachers with important contextual grounding for their own research projects.

We were equally delighted to welcome our collague Dr Lisa Russell to our second meeting.  With reference to her research with NEET young-people, Dr Russell introduced us to multi-modal maps as a method of data collection.  This served as inspiration to participating teachers to consider different types of methods they might use in their own research. 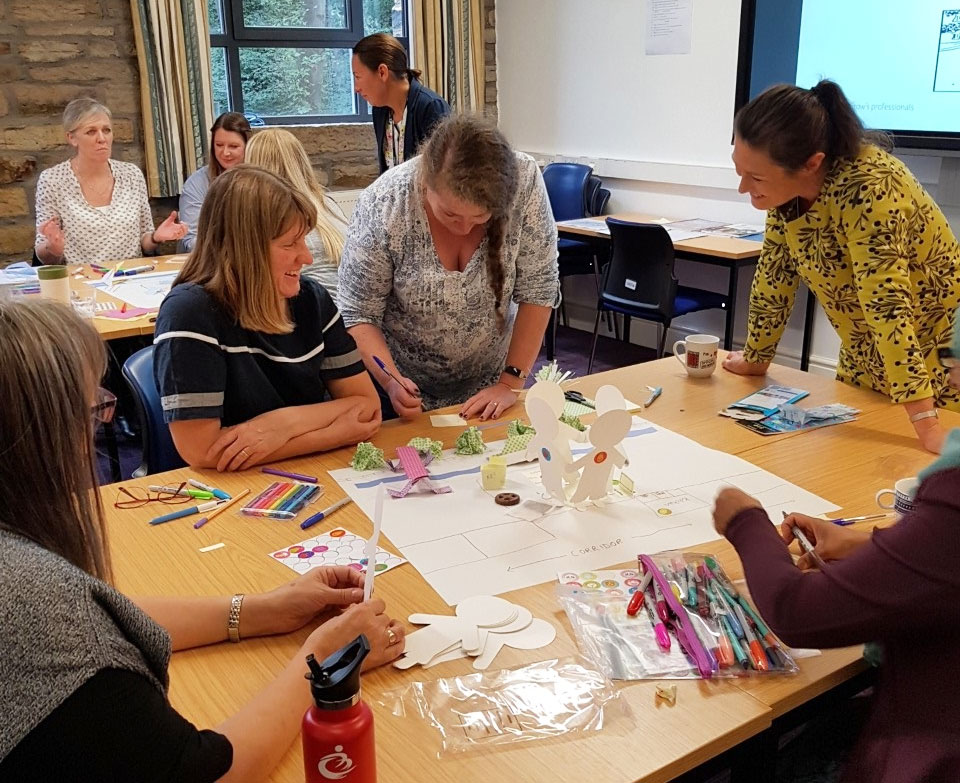 Our project runs until June.  It aims to create opportunities for Primary RE teachers:

We’ll keep you posted about how it goes ...