Research by UK Music charity Youth Music has suggested the importance of a diverse music curriculum in making music in schools more relevant to young people. The headlines this week have turned this into a Stormzy vs. Mozart debate (this isn’t what the research was actually saying), and have subsequently prompted a twitter storm in defence of the actual point of the research. The suggestion that pupils prefer to study 'their type of music' is nothing new. Musical Futures have advocated this for over a decade, and my colleague Jayne Price also hints at the dangers of a prescribed curriculum in her blog post Music for All? earlier this year.

Just to be clear, this is not another defence of Mozart (or Stormzy!). It is more about the similarities between the two and what this says about teaching composition.

I am particularly interested in how composition is taught in schools. Composition, perhaps more than any other musical discipline, can cause a crisis of confidence in both pupils and teachers and this can then influence pupils’ success and enjoyment within classroom music.

When I first started teaching, I found it difficult to encourage the type of creative responses that I could easily come up with when I was learning music at school. Quite often pupils outwardly appeared to lack the initial ideas, or at least the confidence to try out new ideas and if their first attempt wasn’t very good that became a barrier to anything further. I initially found teaching GCSE composition much easier, probably because I had something to aim for with the specification and marking criteria identifying distinct characteristics - it gave a structure to the approach and order of skills and knowledge that pupils needed to know. This was, and is, not the case at KS3.

There are potentially two main issues with managing KS3 composition teaching effectively. First of all, there is no standardised pedagogical approach to teaching composition and therefore a lack of immediate support for teachers to access. Secondly, the creativity argument muddies the water. Music teachers are wary of the balance between giving appropriate guidance and structure and allowing freedom to be creative.

Research into the teaching of composition has considered teacher choices and actions, the experiences of pupils doing composition, the opinions of professional composers, and assessment, with much of the discussion focussing around the process of composing. There does, however, seem to be a reticence to identify important composing skills.

My interest focuses on the beginning of the compositional process, and what we regard as a suitable starting point.

Kennedy (2002) calls this an ‘opening gesture’, but gives little detail in regards to what that could or should be. Fautley and Savage’s study of the Assessment of Composing at Key Stages 3 and 4 in English Secondary Schools (2008) highlights the diverse stance on this, with teachers valuing a range of different composition stimuli. As might be expected, the most used starting points were musical ones, although when it came to judging efficacy, there was support for both musical and non-musical starting points. Within this data, however, there is another, potentially more interesting story. Some of the musical examples given referred to terms including tempo, structure and rhythm. My experience suggests that, whilst these terms may be relevant at some point in the composing process, they will not all be equally successful in giving pupils the platform to create quality musical ideas and are therefore not necessarily the best way to start composing.

What they both have in common is musical repetition. In fact, (almost) all successful compositions have some form of repeated or recurring pattern, whether it’s a melody, chord sequence, riff or motif and this is evident across most styles and cultures.

In order to create successful patterns, you need a good musical idea as a starting point. This is why, when teaching KS3 composition, encouraging pupils to come up with an appropriate musical starting point should be the main focus. This can then be moulded within a range of styles or purposes and allow for development of quality. 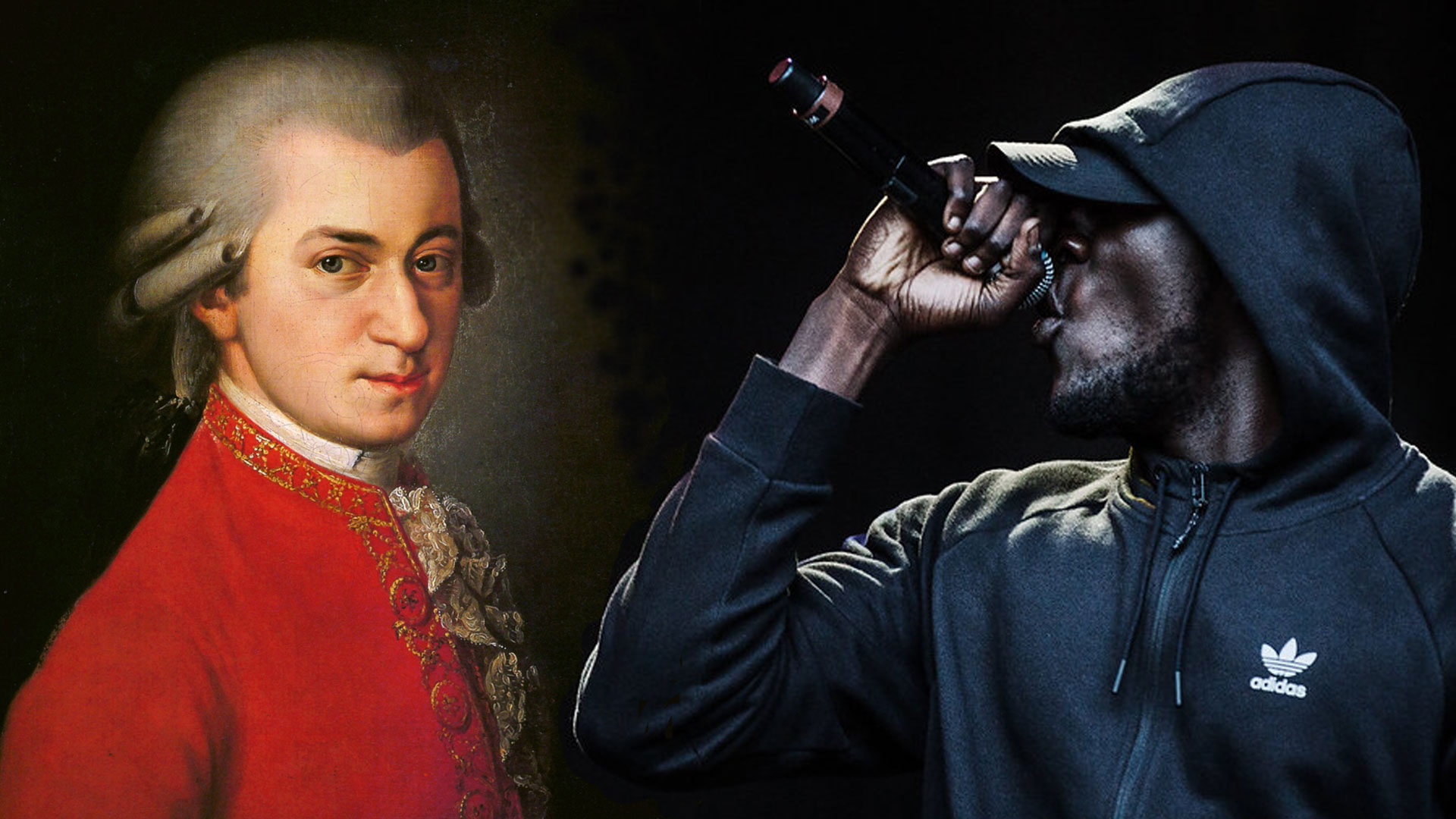 If young composers are given the correct tools throughout KS3, they potentially have much more chance of composing musical ideas that sound worthwhile. Making sure they start on the right path and then letting them go, is surely much more fruitful than seeing how they get on and then reining them in if it’s not working. Too much rather than a lack of choice can arguably cause much more frustration.

If we are going to inspire children to appreciate musical composition, they need to be creating something that is worthwhile and this stems from quality and relevance. Therefore, teaching pupils how to compose a quality musical pattern can be taught through Mozart or Stormzy. Encouraging students to compose a piece stimulated by the word tempo, does not do this.

So if we want to solve the composition enigma at KS3 we need to be looking at quality musical starting points that can then be used as a basis for composing across a range of styles.

And for what it’s worth, I do actually prefer Mozart… just!