Writing an inaugural lecture is a pleasure . . .

... well it ought to be! It should be the culmination of one’s career, the pinnacle of academic achievement, and, indeed, in many respects it is, but . . . then again, as one angsts about writing it, the feelings that surface can seem more like the definitive expression of imposter syndrome.

Here is the ultimate opportunity for one’s insecurities and uncertainties to be revealed, not just to family or friends, in private, but also in public, to colleagues and to any students willing to attend despite the fact that they not obliged to swipe in. Of course, I have spoken before with all of these groups, both formally and informally, and, no doubt, in the eyes of many, at some length. Part of the conundrum, however, is the potential disparate nature of the audience, which may include family and friends whom one has known for decades, but who might not necessarily be interested in one’s musings on Foucault or only marginally concerned by another’s ontological dilemmas.

Oddly enough, as I wrestled with the writing of the text, the lecture itself became increasingly preoccupied with change and identity, focusing on being, becoming and belonging, so much so that the central theme was manifest in the challenge of the writing itself.

Inaugural lectures vary in what they present: a survey of key research; illumination of theoretical debates; analysis of topical political and policy issues.  Some have included the personal with the professional and the academic, and revealed something to the audience about the speaker as well as about their work. This was what I attempted to do but, even then, what to include? ‘Which of many hundreds of selves . . .’?

The BBC television series Doctor Who gave me a way in. Not only has the Doctor and popular culture been a part of my research, but also change and regeneration are crucial to the Doctor’s identity, as, in a more modest way, they have been significant to me since I started my career decades ago as a newly qualified English teacher in a large 11-18 secondary school.

I wanted the lecture, however, not so much to tell a life story as to reinforce that the capacity for change and regeneration is with all of us though, pragmatically, only if we are fortunate enough to have appropriate access to apposite opportunities and relevant resources. 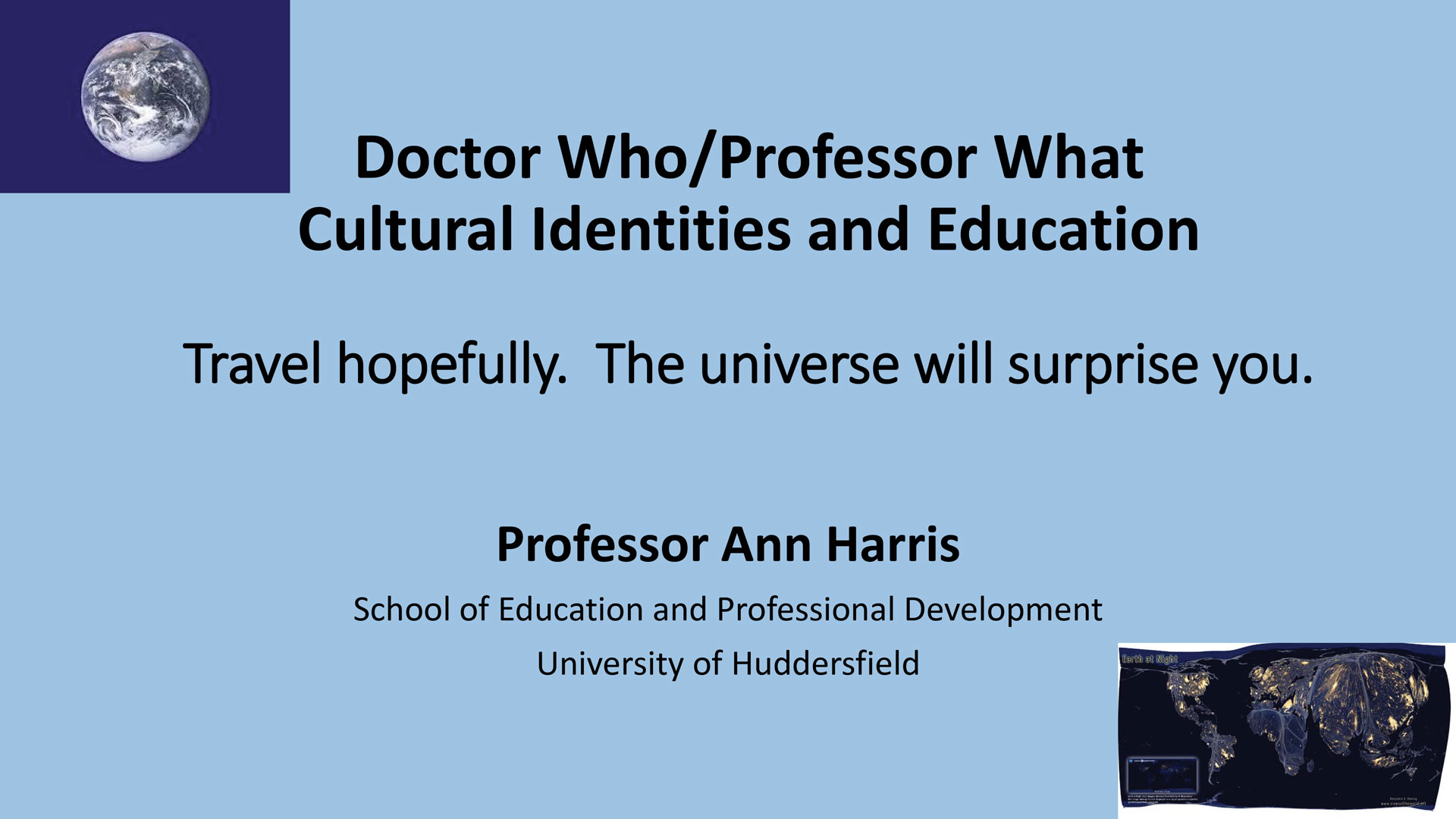 So, the lecture did after all extend its central premise with an illustrated journey in which each image had significance, a backstory that I and perhaps some other members of the audience recognised at different times.

The views of earth on the initial title slide: 1969 view of the blue planet from space which, as a school girl, amazed and awed me; a later view of global light emissions which reinforced how much of the world’s resources are consumed by relatively concentrated areas of the wealthy world.

The final slide with its message of hope - since to be a teacher/lecturer is, inevitably, to live optimistically. 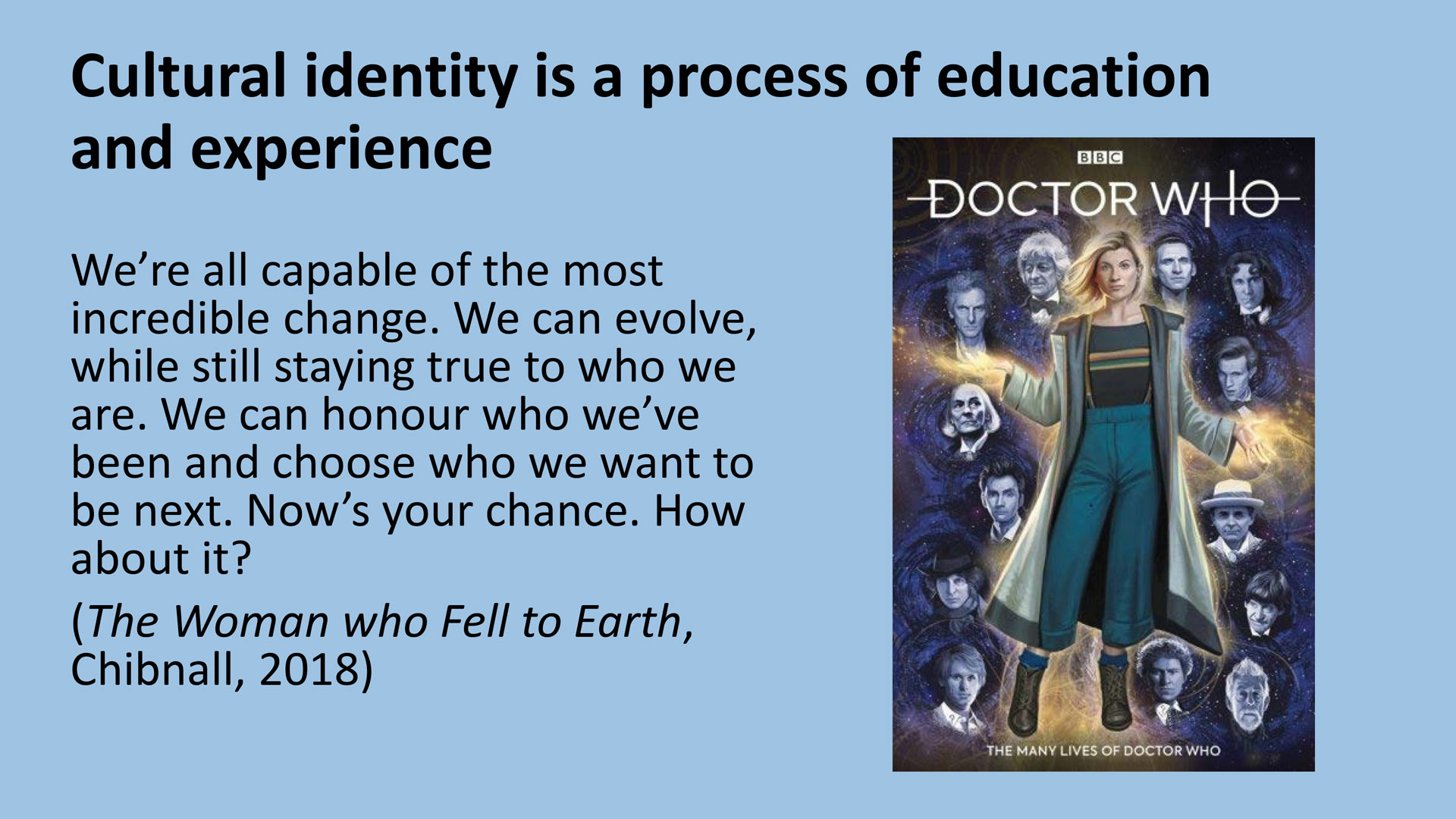 We have hosted two Professorial Inaugural Lectures at HudCRES recently

If you were unable to attend, or would like to watch them again, please follow these links to the recordings:

28th March 2019  'Not under conditions of their own choosing', youth transitions, place and history by Professor Robert MacDonald

Dont miss out on future events

Details of upcoming events at HudCRES can be found here, but if you would like to be notified of them by email, please join our mailing list.